I spent eight years failing to act on an innovative idea that I knew would work. It was an idea that had not just technological promise but also societal value. It would help people contribute to the most important, impactful charities in the country. But I kept letting it languish.

The biggest reason I held back wasn’t fear, being too busy or lazy, or any of the other natural blockades to entrepreneurship. It was something else.

I didn’t move on this idea because it seemed obvious. It made so much sense to me that I was convinced someone else would do it. So, I assumed it would be a waste of time and energy for me.

I was wrong. And it turns out I would have known better if I had listened to some of the best-known innovators, including Isaac Asimov and Steve Jobs. Obviousness, it turns out, is a common — and even important — part of the creative process. Whether you’re considering the possibility of launching a startup or you want to create change within your organization, learn from my experience. Don’t procrastinate like I did.

For years, I organized charity fundraisers at bars. I’d gather friends together, discuss a cause and present information about an organization helping that cause. I’d show photos, tell stories, and explain how each charity helped.

These crowds included young investment bankers, who often agreed to contribute $500 or $1,000. I’d thank them and ask if they had a check. They’d respond, “A check? No, I’m 25. I don’t use checks.” So, I’d explain that they could contribute to the charity via its website. Asking them to surf to a website on their mobile phones at the bar just didn’t work. Many would say they’d take care of it at home sometime, from a computer. But, despite the best of intentions, most didn’t. The only contributions I’d end up with from these events were in cash, usually a few hundred dollars total in $20 bills from whoever had extra cash on them. 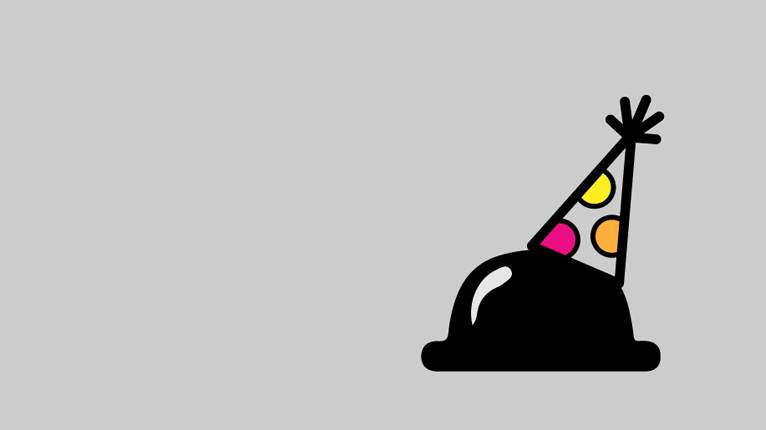 Meanwhile, when the bar tab would come at these same events, we’d split it by paying each other through our apps, such as Venmo. That’s when I realized there should be a simple app that allows people to contribute to any U.S. charity.

See? Obvious. So even though I knew I could gather a team to build such a tool, I figured someone else would do it. I let that assumption hold me back. Instead, I should have taken the sense of obviousness as a reason to move forward with the idea.

“When you ask creative people how they did something, they feel a little guilty because they didn’t really do it, they just saw something. It seemed obvious to them after a while,” Steve Jobs told Wired in 1996. “That’s because they were able to connect experiences they’ve had and synthesize new things.”

Back in 1959, Isaac Asimov wrote about how this same idea applied to “the theory of evolution by natural selection, independently created by Charles Darwin and Alfred Wallace.” Both men had traveled, observing the diversity of plant and animal life. Both read Malthus’s Essay on Population and realized how the latter may help explain the former. “Once the cross-connection is made, it becomes obvious,” Asimov wrote. He noted that biologist Thomas H. Huxley “is supposed to have exclaimed after reading On the Origin of Species, ‘How stupid of me not to have thought of this.’”

A paper from the University of Minnesota argues that the recognition of obviousness is an important part of one of the “five stages of the creative process.”

“In times of clarity, your resolutions appear obvious and simple; but in fact, they appear simple because the illumination has all the parts lining up and shedding light on a resolve,” the paper says.

But there’s also a flip side to this. “Obvious” answers aren’t obvious to most people, partly because most people aren’t thinking about the question.

Ideas only come to those who recognize a problem and look for innovative solutions. As the book How to Think Like Einstein explains, “Even Einstein couldn’t find a solution if he had the wrong problem. You must have an enabling problem, one that allows imaginative solutions different from your original expectations…Finding that great problem requires much thought, especially when the solution seems obvious.”

In the end, I did pursue my idea, co-founding Givz. And this experience helped prepare me for some of the feedback we get from partners and stakeholders. Recently, I found myself having to assuage a representative from a corporation and explain that the idea really is as simple as it sounds.